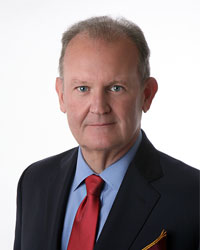 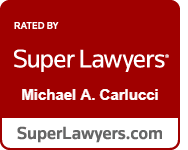 During his 30 year career, Michael A. Carlucci has tried multiple complex cases against many of the Nation’s most experienced and skilled members of the defense bar.

Mr. Carlucci strongly believes that the jury system in this country is the best means of allowing the people to achieve justice. “Our goal is to make certain that someone injured through the improper actions of another achieves justice and full compensation for the wrong.”

Mr. Carlucci had been active in politics and in his community. He serves on several boards of youth sporting activities and was President of the Town Council in Morris Plains. In 2003 he became the Municipal Judge for the Borough of Morris Plains.

A medical malpractice attorney with two degrees in the medical field, Michael A. Carlucci has represented clients who have been injured as a result of medical malpractice, products liability or negligence. He has expanded his practice geographically from a New York base to a national level.

Mr. Carlucci received his J.D. from Brooklyn Law School. Prior to becoming an attorney, he was an administrator of what is now the University Hospital of Staten Island. Michael Carlucci has an R.N. degree from the City University of New York, a B.S. degree in Nursing from Wagner College, and an M.S. degree in Community Health from Hunter College.

Michael Carlucci’s strong medical background coupled with his success as a litigator has also helped raise the practice to this higher, more sophisticated level. Experienced and successful litigators can often offer the option of a settlement which may be in their client’s best interest.