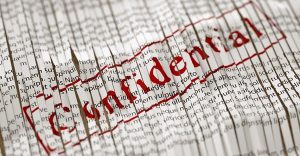 In a medical malpractice action, the destruction of medical records by a defendant can result in the imposition of punitive damages.  In a recent Second Department case, a jury awarded $7.5 million in punitive damages against a defendant doctor because the proof showed that she had destroyed her handwritten treatment notes to avoid malpractice liability! [Gomez v. Cabatic, 2014-05775 (Jan. 17)]

The appellate court determined that the trial court did not err in allowing the jury to consider the awarding of punitive damages; however, it was held that the amount—$7.5 million—was excessive.  The amount was reduced to $500,000.00.

Note:  Practitioners should be vigilant and dogged in pursuing the production of all original records during the prosecution of a malpractice case!