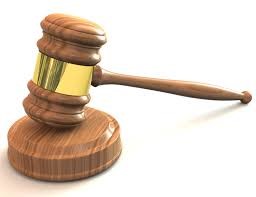 Despite Shakespeare’s request to kill all the lawyers, (uttered by Dick the Butcher in Henry IV, Part 2, Act IV, Scene II) lawyers play a vital role in our lives.  Buying a house?  Preparing a will?  Getting separated or divorced?  Establishing a Trust or a corporation?  Have a workers compensation issue?  Slip and fall in the grocery store? In most jurisdictions, you need a lawyer to assist you in these endeavors.

Over the years, many groups have criticized the small but effective group of lawyers known as “Trial Lawyers”.  The criticism points to “runaway jury verdicts” or frivolous lawsuits.  Those sensational examples are simply that—sensational examples.  In order for someone who is injured or whose loved one is injured, there is often only one avenue to correct the wrong:  A Trial lawyer, a litigator.  Not just any litigator but someone who is experienced in the nuances of a jurisdiction, who knows the local legal community and who is respected in his/her area of expertise and geographic area.  Bear in mind, also, that most trial attorneys still are retained on a contingency retainer.  That means that the lawyer does not get paid for his/her services until the case is completed.  Typically, the costs of the litigation are also not sought until the case is completed.  So, a trial lawyer has much to lose financially if a case is not successful.  Why then would a “trial lawyer” take on a ‘frivolous case” when there may be a financial failure?

Just like other professions, the Legal Bar has some less than stellar members.  Most lawyers, however, are ethical practitioners who have studied, passed the Bar of a particular jurisdiction and work to achieve the best results for their clients.

So, let’s not focus on the newsworthy excessive verdict.  Rather, let us focus on the widower left to raise his young children alone because his wife’s breast cancer was not diagnosed in time, causing her premature death.  Let us focus on the baby whose delivery was mismanaged, causing him to be brain damaged for the rest of his very long life.  Let us focus on the exemplary patient who submits to the annual physicals, screening tests and laboratory tests but whose PSA result was simply ignored by his doctor, causing his painful death from the spread of his prostate cancer.